Bill Schweber says, “Goodbye, print; we’re going to miss you (and so will your audience)”

Bill Schweber says, “Goodbye, print; we’re going to miss you (and so will your audience)”

It’s easy to say that print is a loser and the future is web-only, but do you admit to the implications of that strategy?

It’s not news that publications are discontinuing their print vehicles. For example, UBM recently announced that they were ending the print versions of venerable publications such as EE Times, EDN, and Test & Measurement World, while their web sites would remain active and—in theory—bigger, better, and busier than before. 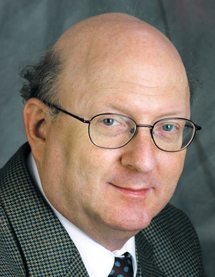 It’s not hard to figure out the “why” of these moves. From a basic accounting and cost perspective, print is a loser, plain and simple. It accounts for a small fraction of the revenue, but a large part of the cost, for all those well-known reasons. Getting rid of print is a “no brainer.”

But in my opinion, it’s a mistake to do so. No, it’s not because I’m an old-fashioned guy waxing nostalgic for the good old days of print, who wants none of this new-fangled online stuff—not at all. Instead, I see print as a critical component of a publication’s marketing and promotion efforts.

Why is this? Because being in print is a very big way of being visible and staying that way to your audience, especially to new readers who may not be aware of you in the first place. It’s not that they will read you in print every issue (although they might) but it says to them that you’re here, you have content of value, you’re worth looking at online on a regular basis. Isn’t goal #1 of marketing to create awareness?

Print is not your content-distribution vehicle; it’s your site- and product-promotion vehicle. Prospective readers see the magazine on someone’s desk, on the lab bench, in the stack in the lunch area, and it makes a statement that you know and love this stuff, and are serious enough about to to spend real money to say so. High-end department stores send out fancy catalogs for the same reason. Think of print as a loss leader, to get people to come to your store, especially those vital new customers.

If you go online only, how will the audience find you? Through Google or other searches, no doubt. And what will they find? They’ll come across one or two articles you’ve done, but not develop any sense of who you are, what you bring to the party, and why you are worth paying attention to on a regular basis.

In fact, it’s very likely they will never even see your home page. You’re stuck being just another web site out there among thousands, vying for eyeballs and hoping they decide to come to you often enough. Good luck, I say, because that’s a tough road to travel.

Listen to Prof. Samir Husni, a leading expert on the magazine business in the US; he buys virtually every consumer magazine he can find (and some B2B ones), and collects and analyzes all sorts of data on them.  He makes the point that a print magazine is a tangible, immersive experience for the reader, telling him or her who you are and what you can do for them—and the web-only version can’t match that experience. In a recent column (http://www.foliomag.com/2013/all-good-print-magazines-go-digital-heaven-or-do-they) he pointed out that many publications say that they are ending their print but nothing else will change, then fade away as their presence diminishes (Newsweek is one obvious example he cites).

Abandoning your print vehicle is a step you should take with your eyes wide open to the reality of its implications, and not in a delusional mode where you say “we’re going web only, but we’ll still be the same.” In many cases, what you are doing is taking first steps to being forgotten or ignored. Yes, print is a cost center, not a profit center, and has fuzzy ROI, but isn’t that true for nearly all promotion and marketing? (And if you count on your print and web publications to promote your events, then you’re hurting yourself even further as your existing audience slowly dissipates.)

Stop trying to fool the audience and even yourself. Instead, use print as a differentiator. Make it a slimmed-down but meaningful version of your web presence. Put your best content it in. Use it to attract a fresh audience. Use the web for what it is best for: longer stories, more features, breaking news, and reader comments, and not as a stand-in for what you once were and think you can still be.