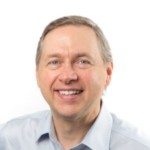 David joined AspenCore in March this year. Until May 2013, he was employed for over 19 years at the EETimes Group. He then had short spells at Avnet and Maker Media, with a year as a freelance consultant between these roles.

Before joining Electronic Products, Jim was the chief engineer of Lincoln Engineering. Previously, he worked at the Nokia Broadband Systems Division in Petaluma, CA as an Engineering Manager for five years, before holding the same position with Calix Networks.

AspenCore is a division of Arrow Electronics. We should know more about the strategy behind the reorganisation later this week after meetings with AspenCore at Electronica in Munich.