Facebook’s psychology experiment – a step too far or just the industry norm?

Facebook’s psychology experiment – a step too far or just the industry norm? 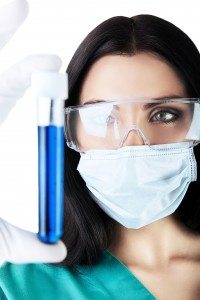 All your Facebook posts in a test tube. Being watched!

The role of psychology in advertising, PR and, indeed, in any kind of publicity has been well known and exploited for years. I’m sure you will have seen adverts for loan companies where the family is drowning in bills while melancholy music plays in the background, the colours are all subdued and everyone wears a frown. Cut to a few minutes later when a finance company makes everything right and suddenly the sun is shining, the colours are vibrant and the whole family is merrily skipping through a field picking daisies.

The whole idea is to make you feel bad, then a lot better. The viewer empathises with what they are seeing on the screen and this effect is used all over the media to make you want to feel good about a product, and buy it.

But what about other mediums? More people are reading things online now, whether it be on their computer, iPad or mobile phone. Could the fact that we’re consuming so much information be influencing the way we act?

Facebook decided to find out in a very controversial experiment (http://www.pnas.org/content/111/24/8788.full) in which they altered nearly 700,000 news feeds to see what happened. The experiment involved removing emotionally negative posts from one group and emotionally positive posts from another group. The results were probably not surprising:

When positive expressions were reduced, people produced fewer positive posts and more negative posts; when negative expressions were reduced, the opposite pattern occurred. These results indicate that emotions expressed by others on Facebook influence our own emotions, constituting experimental evidence for massive-scale contagion via social networks.

But there’s a more interesting (sinister?) point made as well:

This work also suggests that, in contrast to prevailing assumptions, in-person interaction and non-verbal cues are not strictly necessary for emotional contagion, and that the observation of others’ positive experiences constitutes a positive experience for people.

Now we all know what Facebook is like and I’m sure we’ve seen people get incredibly angry at posts every now and then, but this report seems to suggest that rather than being a simple outpouring of emotion, it can cause contagion – i.e. the person reading the negative post is more likely to post something negative and vice versa.

Marketing is all about educating and influencing people. There would not be an advertising industry if it weren’t for the fact people can have their emotions affected by media. In the PR industry, we don’t just provide a bunch of statistics next to a competitors’ statistics and ask people to make a rational choice because people don’t make rational choices. People make choices based on their emotions and all forms of advertising, PR and digital marketing aim to target those emotions to make an impact. The ultimate aim is to get people to buy your product rather than someone else’s and then evangelise about it – the contagion effect found by Facebook’s experiment.

And then there’s the question of ethics. Should Facebook even have done this study? Well it is within their terms and conditions but the Information Commissioner’s Office has said it will be questioning the company over the study, so the story may not end with the T&Cs.

Whatever the outcome of the ICO’s investigation, this experiment does expose some uncomfortable questions about the personalisation of search. Today more than ever, we are  surrounded by data that is personalised based upon our previous interactions with the internet. Google, Amazon and Netflix (to mention just a handful) all feed us results based on what these systems “learn” about what we search for and what we interact with – where will it end?

And what happens when the machines get it wrong?

Experiments like this are going on all the time as advertisers and marketing people try their level best to get their messages in front of people. We shouldn’t be surprised when we see this happen and we should expect it to happen more.

About the Author: Andy Calloway

Andy Calloway is a content writer who's work history has spanned all kinds of industries, nearly all related to technology and science. He now provides digital marketing support to many of Pinnacle's customers to help them get a better presence on-line.