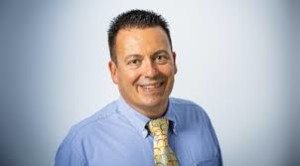 Frank Riemenschneider takes over as editor in chief at Design & Elektronik

From 1 September, Frank Riemenschneider will be taking up a new role as the editor in chief of DESIGN & ELEKTRONIK.

Riemenschneider was previously the semiconductor editor at Elektronik, filling his old role will be an assortment of existing editors at Elektronik: Joachim Kroll will cover microcontrollers, processors, memories; Alfred Goldbacher will be taking over programmable logic; Markus Haller will look after automation; and Gerhard Stelzer will focus on microelectronics in general and System on Chip. Caspar Gröte, the previous editor in chief of D&E, will now become responsible for the event team at WEKA FACHMEDIEN.

“In the future we will not only publish technically sound contributions but the magazine will also feature technical forums, exclusive interviews and reports of expert conferences where technical industry trends are influenced. Today the reader rightly expects no duplication of messages from other outlets, instead looking for unique content.  This is what we are looking to provide across print, online and at events.” said Riemenschneider