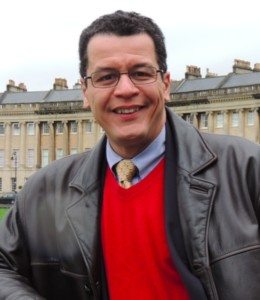 One of the things to love about publishing is its open access to the industry. In fact, a crank call as a child that went well with Isaac Asimov (too long to describe here) is what got me enamored with journalism in the first place. I have always felt (and often loudly stated), that a good journalist is a bee in the field of knowledge, cross-pollinating discoveries and developments in the industry so all could learn and grow, providing new and better solutions for application spaces desperately in need of a better mousetrap.

Especially as an editor in the engineering space, I pride myself on my agnosticism and professionalism. For example, although I am a strident progressive liberal living in Europe, I still cover the companies operating in states whose social policies I take exception to. To filter the news is to steal from the audience.

The onslaught against journalism has going on since people started printing their observations for the public. Large organizations want to aggregate people’s opinions and mindset, and now that religion cannot be counted on to perform this task those who want to exert influence on the public have turned to the media with even greater fervor.

Making money
Once thought to be relatively immune from such pressures, technology in and of itself is issue-neutral almost by definition. However, as immune as the technology sector is from some of the more frivolous pressures consumer media is under, all publishers feel the same financial pressures. Making money in a predatory media environment has never been easy, and now it is almost impossible for a media brand to generate the profit margins private money wants to see.

One solution is to combine all of an organization’s efforts in a combined-arms-ish effort. Run a website and (possibly) print magazine that supports events and trade shows, and then the higher margins on the one will offset the lower margins on the other. That is a model that has worked relatively well for some of the players in this industry. There are obviously others, some involving e-commerce, others different business models.

Recently we’ve seen a major distributor purchase several publications serving the electronic design space. As Einstein said, reality is based on the perspective of the observer, so reactions to this have ranged from incredulity to cautious approval. The purist point of view is that this is an anathema, a symbol of the rot that has permeated our society. Others see it as a welcome injection of money and energy into a group of brands that have been lagging lately.

Good intentions
Tech can be agnostic; it is almost inherently so at the discovery level. Reporting on the industry should be a slam-dunk, right? It shouldn’t matter who owns the website as long as the editors managing it are professionals, right? In the case of the media in question, the editors are all people of stellar repute, and I know and like most of them personally myself. So what’s the problem?

There are several levels to the answer. The top level is that it is hard for companies operating in the industry that aren’t doing business with the owner to feel completely comfortable with the impartiality and transparency of their dealings with the publication owned. There are many times when I had to sign a non-disclosure to get advance confidential information; what if it was of significant financial interest to my employer? That’s where cracks appear in the façade. There is an old saying that locks are there to keep honest people honest.

Corporations aren’t people, and people are what make up the industry. In the space we cover we often observe larger companies buy smaller companies, sometimes for IP reasons, sometimes for financial reasons, sometimes just for their sales force and market reach. Often the goal they are pursuing eludes them (Tyco/Lucent, anyone?) because the IP isn’t in a shiny box that can be easily transferred; it’s in the hearts and minds of the people involved.

In the case of the media buy, it looks like the owners are handling it well enough that the staffs are comfortable staying on, and that has gone a very long way to assuage fears about impartiality and professionalism. But that is now. As people rotate through, as they always do, the corporate culture will be the long-term defining vision, and that will depend entirely on the desires of the owners.

This situation blurs the line between the industry and the audience to a point of unrecognizability. Is it a media readership drive, or a business building its mailing list? How do they manage the reading patterns and web activity of the audience? If it is a technology that threatens a major line card company, will it be properly covered? All of these issues exist to a greater or lesser degree with any privately-owned media, but the issues are exacerbated when the ownership has a direct financial interest in the news itself.

Hope for the future
The greatest hope for our industry is the industry itself. People are what make this an industry to begin with, inanimate objects do not create a market on their own. Industry pressure on the new owners and managers of these media organs to toe the line of professionalism and run their brands in a way that serves the industry will go far towards keeping the faith among us.