Electronics firms would do well to consider Kickstarter as both a means of fundraising and of developing B2B electronics content marketing.

Kickstarter is an internet-based investment platform by which projects may appeal for small amounts of funding from many, typically thousands, of people. This crowdfunding option prohibits any exchange of equity, instead rewards are offered to so-called microinvestors, a unit or production credit or any number of other incentives. Projects set a funding goal and a deadline. If the goal is reached by the deadline then the project goes ahead, if not pledged investors don’t pay anything. Since its launch in 2009, 6.4 million people have pledged $1 billion, funding 63,000 creative projects.   Kickstarter exemplifies a new style of fundraising and one of the great commercial paradigm shifts of the digital age. It is a way of realising a product by accessing a distributed niche of people willing to make a small investment and essentially purchase something off-plan. It is – like so much enabled by the mass communication potential of the internet – a democratisation of processes thusly controlled by corporate hegemony.

Curiously for a fundraising platform, fundraising isn’t necessarily the primary benefit of Kickstarter. For a Kickstarter campaign to succeed it’s vital that effective communication channels be developed around it. This development, the net result of which is the creation of a communications strategy, brings numerous business benefits in itself. Don’t have a comms and social media strategy? Don’t have film production or copywriting skills? Or a CRM system? Or a clue how to package things to the press in a way that might grab them? Well why, unless that’s your specialty, would you? But by joining the digital communication platform that is Kickstarter a company essentially inherits a suite of fundamentally social communication tools and templates, evolved – in the iterative heat of the internet – to be as effective as the medium will allow. Therefore, Kickstarter may be seen and used as a ready-made and rather cutting-edge social communications infrastructure.

The Kickstarter model is particularly well-suited to electronics companies because: a) As a result of the R&D, iterative process, electronics firms often have mothballed IP, which can be rolled out without impacting on the wider business and, b) historically, Kickstarter campaigns are most successful when a unit of consumer technology is offered as incentive i.e. effectively pre-ordered. The most famous example of this being the Pebble watch, this achieved its goal of $100,000 within two hours of going live and by the time funding closed,$10,266,844 had been pledged by 68,928 people. 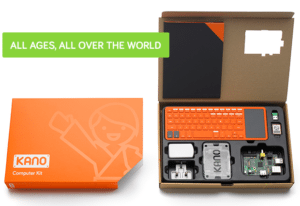 What you get from microinvestment is groundswell. It is financial and then emotional and then finally sustained social investment, It is the exponential digital support in which each investor pushes your message through their personal channels, and that to many Kickstarters is the real prize. Why bring a product to market, at the risk of your own capital, on the basis of a perceived gap in the market? It makes far more sense to test and then build the customer base, establish the communication media and channels and then, if all that seems favourable, then to make and ship the product. In a world where phoney twitter followers are regularly bought, where companies specialise in the astroturfing of social channels, where social media flim-flammers routinely bamboozle, in this world, to be able to build and direct an clique of loyal, invested supporters and gauge their precise interest, to be able to shape and refine your identity, to build and populate your communication channels before you have even created a product is perhaps worth more than the investment you originally sought.

It seems likely that what makes a Kickstarter a success is seemingly not the merit of the idea on which it’s based but rather the viral impact of its campaign. What makes someone pass something on? How does something find favour among the myriad digital channels of the Internet? What about it or anything appeals to the disseminators who are the gateway to the investing, essentially shopping, public? Nobody knows. Lots of people claim they do and make lots of money acting like they do but if they did then no Kickstarter would fail. Given the inherent uncertainty in all of this and the specialist digisocial production skills needed to navigate this terrain, and given the potential business value of a successful Kickstarter campaign it’s unsurprising that we see a growing breed of PR companies specialising solely in producing Kickstarter campaigns for clients. These are firms that know how to make the most impactful product film, how to craft the backstory and push the message through the Kickstarter ecosystem and its social tendrils, and beyond. Indeed, we might consider that to succeed on Kickstarter is really to succeed in social media. Electronics firms might do well to consider Kickstarter as both a means of fundraising and of developing B2B electronics content marketing.

About the Author: Frank Grimshaw

Frank is a technology content specialist with over a decade’s experience in journalism and marketing communications. His skills span print and digital media, including video production. Frank has a BSc from London Metropolitan University and an MSc in Information Technology from UWE Bristol.