Let’s hear it for press conferences

Let’s hear it for press conferences 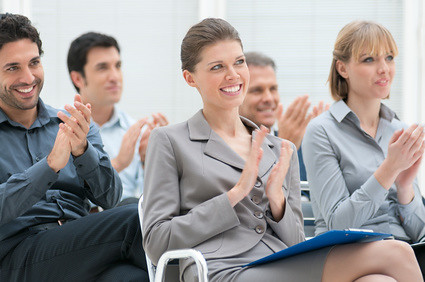 A press conference is more than a nice meal in a nice hotel with members of the press. Every PR company knows the value of bringing together the press and company executives. It allows companies to present information, put it in context and answer the questions that engineers will have.

(At one of my first press conferences, executives were huddled around an oscilloscope as one senior editor told them what they should put on the front interface and why. They were all taking notes, as this editor acted as a mouth-piece for what the company’s target audience wanted.)

Group briefings in a relaxed setting are an effective way to get a full, rounded idea of the launch news. For example, one journalist may represent readers who want to know about distribution avenues, another may represent readers whose primary interest is packages, and so on. The best marketing department in the world won’t be able to foresee all the questions from all the potential users, but a group of journalists can. (A good PR company can brief a host company to expect them, though for a credible presentation.)

In a business all about contacts, press conferences should be seen as a sound way to develop an understanding of the company by the editor and vice versa. When each understands what the other does and who they communicate with, it can strengthen relationships and add value to marketing strategies.

Encouraging discussion from all angles is important. Sometimes a journalist can think a launch is ill-timed, ill-founded or just plain daft, but at a press conference, the ideas flow, spurred by questions from commentators coming at the subject from another angle  and suddenly the ‘out-there’ idea looks sound: a press conference has put it into perspective. This cannot be achieved with a one-to-one, where the only views are the company’s. A good journalist relishes the chance to exchange ideas with peers in a group discussion – while at the same time collaring an executive over the main course to get a good comment.

A good PR agency will be able to suggest the right venue, date and timing, so that journalists are able to make the most of their time. A responsible PR agency will know which days are press days and when industry events are on, so that there are no clashes. Or better still, journalists can dovetail their appointments to cover all the news. A journalist is primarily responsible to his/her readers so their time has to be spent getting sound stories – and lots of them for the web, print and blogs – that are relevant to them.

Journalists use press conference to get ideas for future features and exchange ideas on the industry they cover. The long term relationships that mixing with industry peers engenders is, as the ad says, priceless.

(And if companies can throw in some corny jokes, scintillating conversation and a good Pouilly Fumé, that is a bonus!)

Jon has been working in digital marketing for over a decade and with technology for over 30 years. He even demonstrated the UK’s first online booking system to the BBC when he was 4 years of age. His expertise encompasses digital strategy, CMS and ecommerce websites, bespoke and mobile apps, SEO and social media campaigns, e-mail marketing, web analytics and conversion rate optimisation.