As specialists in technical content and media relations with B2B technical publications, it’s vital that we keep up with who is working where, and who we need to be talking to about the cool new stuff that we get to see first.

Here’s an update on some moves that crossed our desks last week: 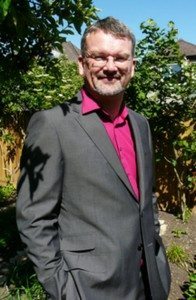 Nick Flaherty has joined the permanent editorial team at EE Times Europe.  Nick will be taking over from Paul Buckley as the power editor and will also be covering some of the test and measurement news, whilst still retaining his role as the technology editor of Unmanned System Technology magazine.  Nick can be contacted on his new email: [email protected]

Alistair Hookway has joined the team at EPD&T and PBSI.  Alistair takes over from Paige West in the role of assistant editor to Alistair Winning.

Alistair H. is a newcomer to the industry. He graduated from the University of Southampton last summer with a degree in Film Studies, in his own words “a somewhat unorthodox degree to have when becoming an editor on a technical magazine.” However, Alistair does have a personal interest in technology and computers and he is very excited to be joining Alistair W. at EPDT and PBSI magazines.

Alistair H. can be contacted on his IML email: [email protected]

In other news, GlobalSpec has been acquired from IHS by The Institute of Electrical and Electronics Engineers. The IEEE is the world’s largest technical professional organisation.  GlobalSpec will be renamed as GlobalSpec IEEE, and will continue to act as a market comparison site and search engine for engineers looking for parts.