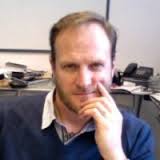 This month, electronics PR agencies and technical publications have said goodbye to Phil Ling as he makes the next step in his career to become technical marketing manager for Cambridge Technology Consultants.  Stepping in as his replacement is Joe Bush, who joins the Electronics Specifier team as the new editor of Electronic Specifier Design.  Joe has been the editor of Electrical Engineering for almost eight years, and took over as the editor of CIE after Neil Tyler’s departure to New Electronics in December last year.  Joe can be reached on his new email from Monday November 16.

Changes have also taken place across the pond. Electronic Design welcomes Maria Guerra as a technology editor focused on the analog and power sectors to its New York office. Maria graduated as an Electrical Engineer (MSEE) and brings with her a solid foundation of engineering knowledge.  Maria has worked in the electronics industry since 2007, being involved in a variety of projects for both offshore and onshore designs at London’s Kellogg, Brown & Root Ltd.