New B2B electronics and tech magazine and website for Finland

New B2B electronics and tech magazine and website for Finland 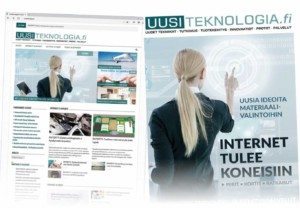 Finnish publisher Teknologiamediat oy has announced a new print magazine and web site. UUSI Teknologia is aimed at electronic design and development engineers in Finland. The country boasts a growing number of electronics start-ups, fuelled by the collapse of Nokia as a cellphone manufacturer and the thousands of engineers that had to find new things to do as a result. The first print issue of the magazine, which will have claimed circulation of  10,000 copies, is due to be published on May 11th 2016. Editor-in-chief, Jari Peltoniemi, previously held the same role at Prosessori, which closed in November 2011. Jari is on the lookout for press releases, photographs and technical white papers. He can be contacted at [email protected] or on +358 41 706 4073.