Welcome to the world of the virtual engineer

Welcome to the world of the virtual engineer

In the race against climate change, we should welcome the era of the ‘virtual engineer’

Top-level social and political issues filter down and impact the minutiae of business operations in a multitude of different and often imperceptible ways. 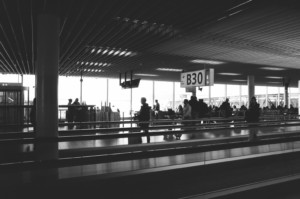 Take climate change. In addition to looking at how to reduce carbon emissions from production activities as part of ‘net zero’ pledges, many industrial organisations are, behind the scenes, revisiting travel policies to reduce the number of air miles clocked up by their employees. The engineering consultancy WSP, for example, is aiming to go carbon neutral by 2025 and is actively encouraging staff to choose video conferencing over unnecessary domestic flights.

Brexit, meanwhile, is likely to have a similar effect. A recent survey showed that 56 per cent of companies in Europe and the United States felt the UK’s exit from the European Union would significantly impact business travel, with concerns about onerous red tape at airports dissuading firms from sending their staff abroad.

So, what effect will these new restrictions have on the ways that engineers go about their roles in a modern, globalised economy? Traditionally, the collaborative and multidisciplinary nature of engineering projects means that business travel for physical meetings has been part and parcel of the job. But how might that change? Will tighter controls on business travel dramatically alter how things are done? 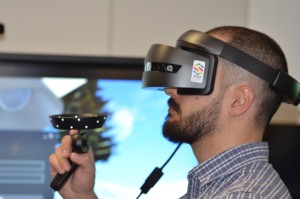 Virtual reality is changing the way that engineers collaborate

One emerging school of thought is that this new environment will usher in the era of the virtual engineer – where technologies such as augmented and virtual reality combine with ubiquitous connectivity to allow global teams to work together in ways that previously weren’t possible. Think of the best engineering brains linked in global networks, making use of computer-generated imagery and real-time data to design and test new products. By visualising, simulating and developing products in hyper-realistic virtual environments, engineers can work more flexibly and collaboratively in global teams, with communication barriers being broken down. All of a sudden, the requirement to be physically present in the same room begins to fade away.

This is already happening. Automotive services firm Volke Entwicklungsring, for instance, has embedded virtual reality in its vehicle development process, enabling engineers equipped with headsets and handsets, along with powerful workstations, to manipulate CAD data in 3D. In the Volke set-up, several people can walk around the car, making real-time alterations to the model simultaneously, regardless of where they actually are. According to Volke, the virtual representation is clearer than a CAD model, and the intuitive nature of the software means that engineers with varying levels of CAD experience can work effectively with the controllers. It’s an impressive way of working, with Volke finding that VR has helped to speed up the design process and reduce development costs.

Indeed, according to the consultancy McKinsey, this kind of virtual engineering represents the future of product development, because “it breaks the constraints of the physical world”, as it can be used anywhere, anytime, with one person or tens of people. In a recent online article, some of McKinsey leading cost-engineering experts explain how virtual reality will allow designers and engineers to collaborate and solve problems in new ways – in so-called ‘immersive ideation’ – with VR demos experienced in group settings in moderated virtual rooms. This approach gets people thinking and talking in new ways, encouraging innovation and problem solving, they say. It is also a smart way of overcoming the perennial issues of skill shortages, facilitating the more effective access to specialist knowledge inside an organisation.

So, a shift in technology and thinking is clearly upon – with the headset rather than the passport now becoming the most important factor in global product development. And if that change results in smarter and more sustainable business operations, with fewer unnecessary air miles, then the virtual engineer could be here to stay.

About the Author: Lee Hibbert

Lee Hibbert is an account director (content) at Publitek. An award-winning journalist, editor and content strategist, Lee has more than than 25 years' technical editorial experience. He has led and managed teams across print and digital titles, having been the long-standing editor of the IMechE's flagship publication Professional Engineering.