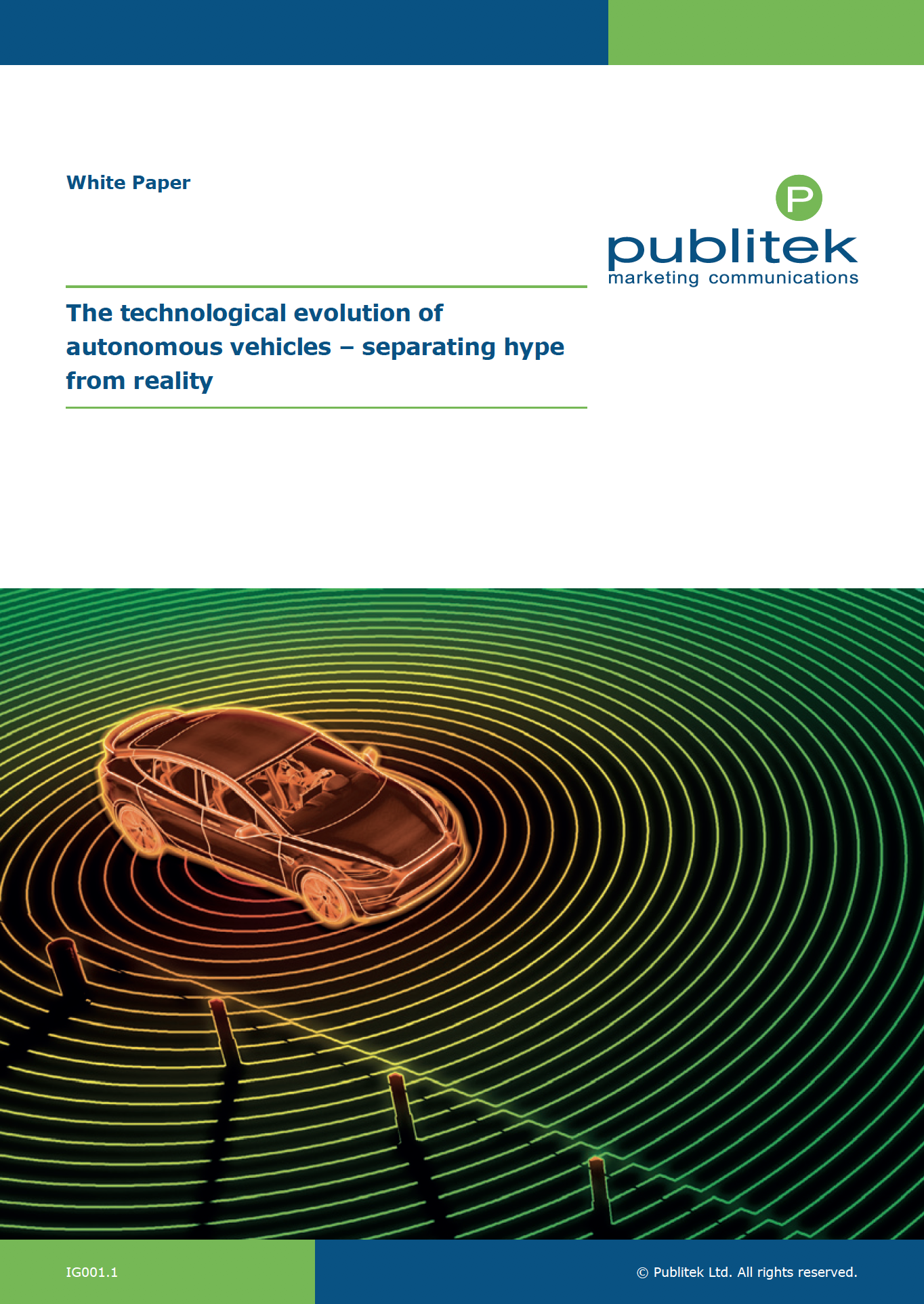 The technological evolution of autonomous vehicles – separating hype from reality

The automotive sector is betting big on driverless cars. Billions of dollars are being spent globally as OEMs and technology companies battle to secure a slice of the so-called ‘passenger economy’, where people swap driving for riding. But the route to full autonomy is proving difficult to navigate. The major players face a range of technological, financial and societal barriers as they seek to achieve their aims. That has led some critics to question whether Level 5 autonomy – where driverless systems can carry out all driving tasks, under all conditions that a human driver could perform – will ever be attained. This White Paper attempts to give a readable and easily digestible assessment of the state-of-play in the autonomous driving sector, highlighting some of the remaining technological challenges, while plotting a realistic roadmap to a driverless future.